ARTIS has drawn together some of the most talented people in their fields in order to develop a diverse, multi-disciplinary research group. To see a complete list of ARTIS personnel click here. 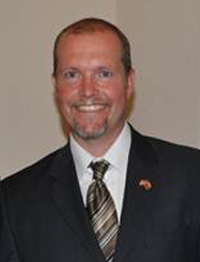 Richard served at The White House as the Director of Prevention (terrorism) Policy. Prior, he was the Director of the Task Force to Prevent the Entry of Weapons of Mass Effect (framework for the prevention of the smuggling of nuclear materials) and the Director of the Academe, Policy and Research Senior Advisory Committee for two different Secretaries at the United States Department of Homeland Security.

Richard has been a Senior Policy Fellow at RTI international, a Senior Associate at the Center for the Study of the Presidency and Congress, led a non-profit international development organization dedicated to the education and development of youth, including crime prevention, prevention of radicalization and conflict mitigation, and a school administrator and teacher. Richard has authored or co-authored articles and publications on energy, international security, political violence and terrorism. He is the author of a book entitled: Hamas, Popular Support & War in the Middle East that was published by Routledge in February 2016.

Richard has a PhD from the London School of Economics; an MPA from Harvard University; an MA from the Naval War College; and an MA from Azusa Pacific University. He holds Baccalaureate Degrees in Finance and Social Science from Hope International University. 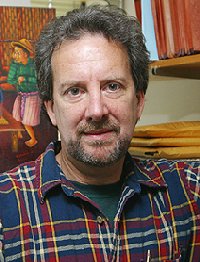 Scott has experimented extensively on the ways scientists and ordinary people categorize and reason about nature, on the cognitive and evolutionary psychology of religion, and on the limits of rational choice in political and cultural conflict. He often briefs members of government on the The Devoted Actor versus the Rational Actor in Managing World Conflict, on the Comparative Anatomy and Evolution of Global Network Terrorism, and on Pathways to and from Violent Extremism. He has been engaged in conflict negotiations in the Middle East, and in the establishment of indigenously managed forest reserves for Native American peoples.

Scott is a recurrent contributor to the The New York Times, Foreign Policy and Psychology Today, as well as to professional journals such as Science, Proceedings of the National Academy of Sciences, and Behavioral and Brain Sciences. His publications include Cognitive Foundations of Natural History: Towards an Anthropology of Science (Cambridge Univ. Press), In Gods We Trust: The Evolutionary Landscape of Religion (Oxford Univ. Press), The Native Mind and the Cultural Construction of Nature (MIT Press), and Talking to the Enemy: Faith, Brotherhood, and the (Un)Making of Terrorists (HarperCollins & Penguin). His work and life have been featured around the world, including a cover story of the New York Times Magazine and by Reuters, AP, Agence France-Presse, Wall Street Journal, Newsweek, Time, Discover, Scientific American, New Scientist, The Guardian, Financial Times, El Mundo & El País (Spain), Nouvel Observateur & La Recherche (France), Der Spiegel (Germany), Il Sole 24 Ore (Italy), BBC World Service, CTV (Canada), NPR, ABC, MSNBC, FOX and CNN.

Scott received his B.A. and PhD. in anthropology from Columbia University and an M.A. in social relations from Johns Hopkins.